0
Menu
Product successfully added to your shopping cart
Quantity
Total
There are 0 items in your cart. There is 1 item in your cart.
Total products
Total shipping  To be determined
Tax 0,00 €
Total
Proceed to checkout Continue shopping
Home • rupture • Quasar Raas X Social Smoke 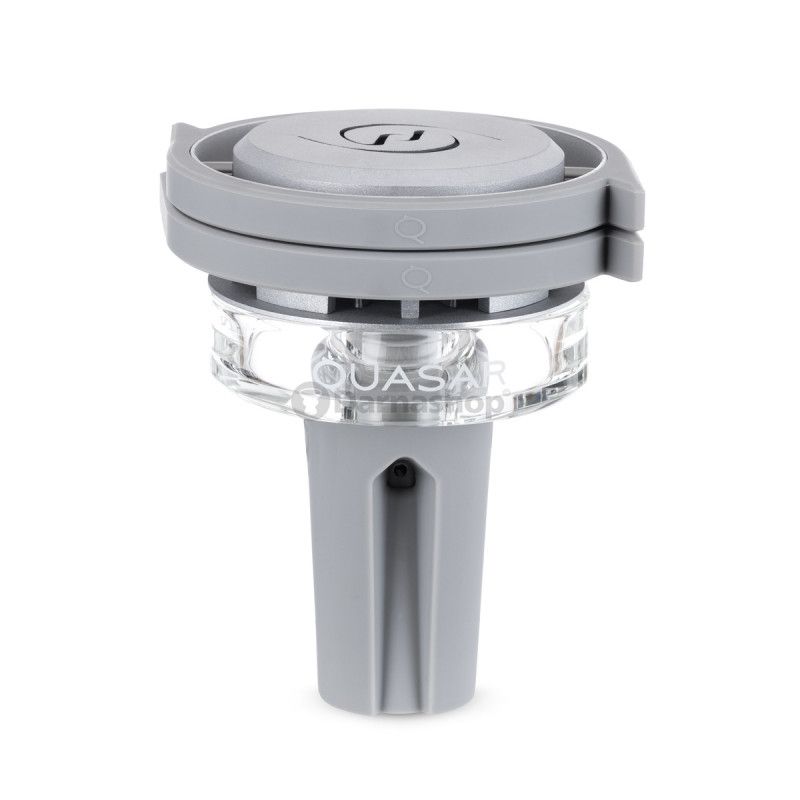 The Quasar Raas is a product developed by French engineers, and it is the result of a long maturation process which has seen the Quasar teams constantly improve their product with the Quasar 1, the Quasar 2 , and now Quasar Raas, the culmination of a long iterative process. There are many heating systems on the market, such as chimneys (Brohood, Volkan, Badcha etc...) which have the function of highlighting the throat power and the character of your shisha tobacco. The other type of very common heating system is the Kaloud Lotus which aims to find the difficult balance between the rendering in flavor, the strength of the tobacco and a large quantity of smoke. The Quasar Raas is positioned as a third way which deliberately favors the preservation of the taste and the enhancement of the aromas of your shisha tobacco.

The Quasar Raas offers a different way to cook your tobacco, centered on the restitution of flavors. The Quasr Raas laboratory glass hearth embeds a large quantity of tobacco, which has the effect of making the tobacco cooking less aggressive and more progressive, thus preserving the flavor of the tobacco. The central hole bowl of the Quasar Raas allows you to smoke not only tobacco but also Ice Frutz type gel, steam stones, moassels from cellulose such as Cloud Oneor Nexit, shisha creams, and more generally any type of shisha consumable without any restrictions. The glass bowl of the Quasar Raas is made of laboratory glass, which will allow it to be easily washed and to see the tobacco burn during the session.

The aim of the Quasar thermal head being to best reproduce the aromas of shisha tobacco, it was only natural that Quasar called on the famous American tobacco brand Social Smoke to carry out this unique collaboration and this special edition. from Quasar Rass. Social Smoke is a brand known worldwide for the sweetness of its low nicotine blond tobaccos. Social Smoke shares with Quasar the concern to reveal above all the taste and the two brands share the same philosophy focused on flavors and quality requirements. The Quasar Raas Social Smoke Edition remains technically absolutely identical to the classic Quasar Raas. The Quasar X Social Smoke version is distinguished by the shape of the Quasar Raas hood vents which take the form of the Social Smoke Logo (two stylized "S" letters). the limited edition also inherits handles and a gray silicone foot which, far from being trivial, is a nod to Social Smoke since it takes up the famous anthracite gray of the 200 gram boxes of Social Smoke tobacco . This silicone foot will also be very practical since it will allow you to connect the Quasar Raas X Social Smoke thermal head to any hookah with a male household connector, i.e. the vast majority of hookahs sold in Europe.

The Quasar Raas Limited Edition Social Smoke is a top-of-the-range accessory for the most demanding enthusiasts and smokers... as well as for the hardcore Social Smoke fans of which we are one!

Be the first to write your review !