0
Menu
Product successfully added to your shopping cart
Quantity
Total
There are 0 items in your cart. There is 1 item in your cart.
Total products
Total shipping  To be determined
Tax 0,00 €
Total
Proceed to checkout Continue shopping
Home • Special Offers • Pack Mini Brodator 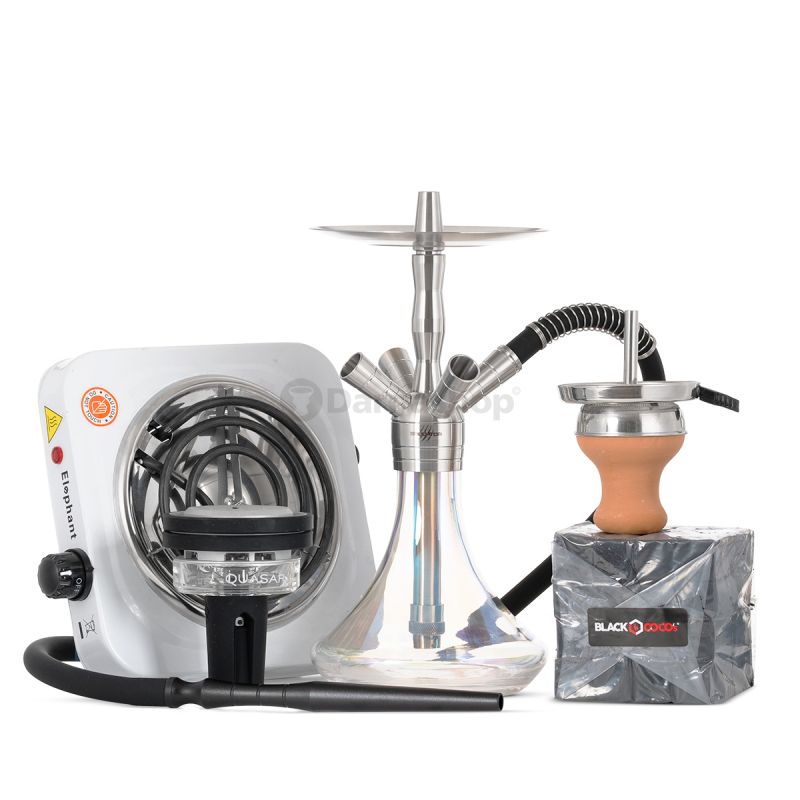 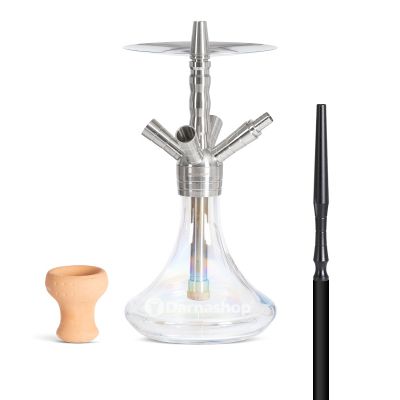 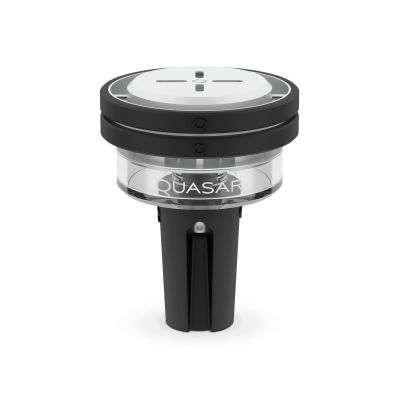 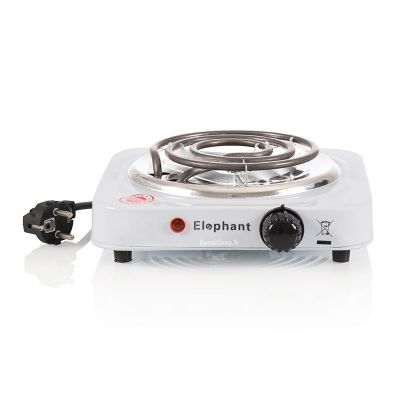 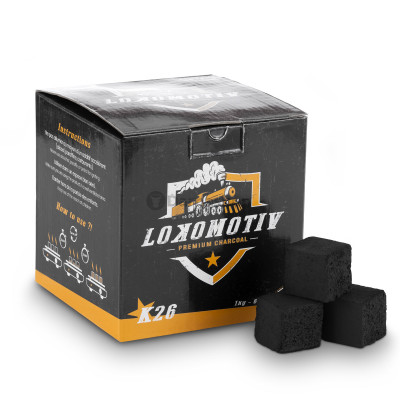 You dreamed of it, Darnashop did it! With this exclusive pack, we organize the meeting of two very popular products, the Mini Brodator 320 and the Quasar Raas heating system! With the mini Brodator pack, you have a complete set for performing shisha sessions with unparalleled flavor and ubiquitous smoke... A high quality pack that will delight both beginners and experienced smokers!

The Mini Bordator pack includes a chimney set for natural charcoal and a hose (included with the mini brodator shisha pipe), as well as a Quasar Raas thermal head, a charcoal lighter plate and a kilo of the best natural charcoals! This complete pack will allow you to obtain an optimal rendering in flavor and a thick white smoke! To complete your setup, we recommend the tabamel Ways(available with or without nicotine).

The mini Brodator 320 is, as its name suggests, the brand's smallest model. From the height of its 32 centimeters, the mini Brodator nevertheless benefits from the same manufacturing quality as the Brodator 550 and 650 models of the brand. The materials used (stainless steel and borosilicate glass) are first class.

The technical specifications of the mini Brodator are the same as its big sisters, with 4 connections in 18/8 for hose included. (so you can connect your silicone hoses without any joints using 18/8 fittings). The column also has an 18/8 cut allowing the connection of a molasses collector. The famous height-adjustable diffuser, which made the reputation of the Brodator is also present (which is essential in the case of a small model to avoid rising water!) and will allow you to adjust the draft of your model according to your desires.

Rarely has a compact model concentrated so much quality and finishing precision. The Mini Brodator is a model to recommend to all demanding smokers who want a model with minimal bulk!

The Quasar Raas is a set combining a glass hearth (one head) and a heat transfer system for natural charcoal.

The Quasar Raas was developed by a French engineering team. Its particularity comes from the fact that the hearth and the heating system were designed by the same engineers, and thus work in symbiosis. Unlike chimney-type systems (Brohood, Volkan, Badcha etc...) which offer a full-bodied and intense finish in the throat, unlike the Kaloud Lotus which aims for a clever balance between taste and smoke, the Quasar Raas has for very clear vocation to favor the rendering in flavor and the preservation of the taste of your shisha tobacco.

The Quasar Raas aims to deliver a particular cooking of your tobacco, focused on enhancing the taste. With the relative distance between the heating point and the tobacco, the Quasar Raas will gently reveal the aromas of your tobacco. The Quasar will thus be highly recommended for tasting "hard" tobacco, such as tobacco with a high nicotine content, which it will make more affordable. The phunnel hearth of the Quasar Raas also makes this system very practical for enjoying gels (such as Ice FRUTZ) or creams (true cloudz, El-nefes Hookah cream...) pure or in combination with tobaccos. In this version 3 of the Quasar, the coal receptacle is deeper which will allow you to put coal cubes of greater height.

This top-of-the-range shisha set is recommended for all shisha enthusiasts who favor above all a preserved flavor rendering.

With a power of a 1000W, the Spirale coal heater will light any coals in no time.. According to our experience, 4-minute is largely enough to light Coconara cubes!

The Spirale coal heater has an On / Off button and a 5 level thermostat allowing you to adjust the heating power at your convenience and to avoid overheating the resistance.

Consisting of a robust and efficient metal frame 24cm side length, this device is the perfect accessory if you want to discover the joys of hookah with natural coals.

The Spirale coal heater does not have a storage tank but allows a rapid ignition of natural hookah coal. If you plan to cut the coals before using them, remember to have a suitable coal carrier!

Lokomotiv K26 charcoal is a high quality natural charcoal made in Indonesia from coconut husks from the best plantations. Thanks to a carefully selected raw material, Lokomotiv has developed a premium coal with a very high carbon content and great regularity of manufacture. The K26 comes in the form of 26mm side cubes. This form of shisha coal is increasingly used in Europe where it is appreciated for its versatility. K26 coal can indeed be used by two pieces in a Kaloud, a Provost, or in a Quasar Raas.The Lokomotiv K26 can also be used on a 3 or 4 piece Brohood chimney type system. K26 differs from mainstream coals in its ability to hold its climax (when the coal is at its peak intensity) longer due to its very high carbon content.

The production of K26 is limited by the availability of agricultural raw materials, as Lokomotiv only uses a specific type of coconut to make charcoal with consistent qualities. The power and intensity of the heating of the Lokomotiv K26 are the guarantee of a thick smoke and a long heating. By using the K26 cubes, you will quickly understand that the Lokomotiv coals really live up to their name!

Lokomotiv K26 coal is also available in 3 kg packaging, allowing you to save money. You can find the 3-kilo packages by clicking HERE.

Due to difficulties with shipping coal from Indonesia, Lokomotiv 1kg Natural Charcoal may ship in blister without cardboard packaging until this disclaimer is removed.

Be the first to write your review !